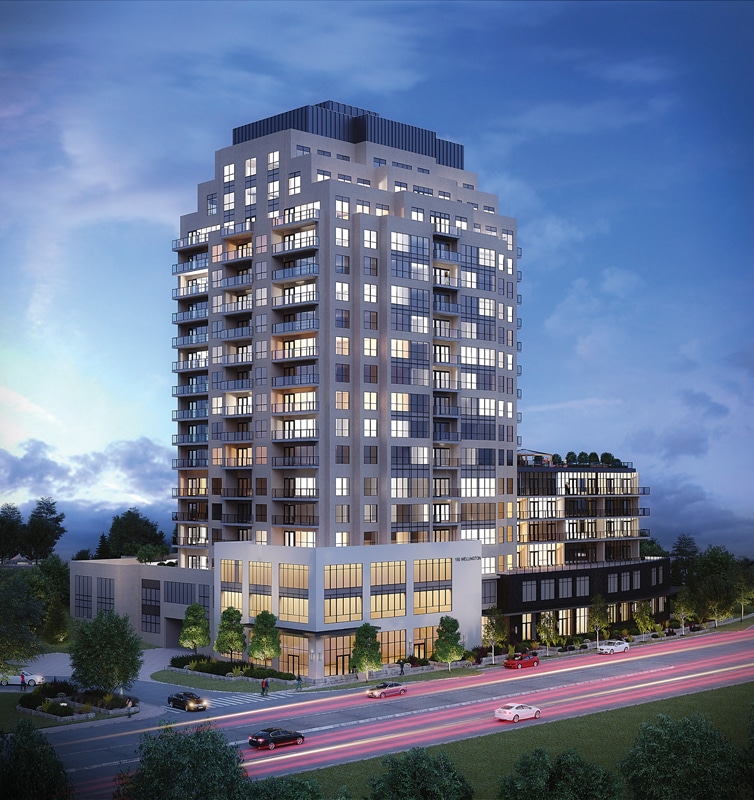 Tricar’s River Mill Condos in Guelph will begin occupancy in 2016.

Each spring, the Tarion New Home Warranty program awards industry standouts for their commitment to quality and craftsmanship in their delivery of new homes. For the past 2 years, The Tricar Group has been awarded Ontario High-Rise Builder of the Year by Tarion- a distinction determined by survey responses from actual buyers of their new products. These victories have come over major Toronto & Ottawa builders such as Daniels Group, Tridel & Domicile. This year, Tricar has once again been named a finalist, and seeks to stake a back-to-back-to-back claim to this award. These are the only awards that give Ontario’s new home buyers the power to have their new home builder recognized for customer service excellence.

To be recognized in the High-Rise Builder category, Tarion requires more than 100 possessions per year. In 2015, Tricar had 228 possessions.

“These awards have always been about new home buyers in Ontario and their level of satisfaction with their individual builder,” said Tarion President and CEO Howard Bogach.

‘We are honoured to be the named a finalist for Tarion’s 2016 Homeowners’ Choice Awards’, says Tricar Vice President, Adam Carapella. ‘This is the fourth consecutive year we have been nominated, winning back to back in 2014 and 2015. We had a record number of possessions last year and to hear that we were successful in exceeding our homeowners’ expectations again is just exceptional and a true testament to our dedicated staff. We look forward to celebrating with all of the very deserving finalists on April 28th when the winners are announced’.

Finalists were determined based on the results of a comprehensive survey sent to more than 56,000 Ontario homeowners who took possession of a new home between October 1, 2014 and September 30, 2015. Almost 12,000 completed survey responses were received, representing a high response rate of more than 21 per cent. The results were tabulated by Crunch Research and Nielsen.

Survey questions focused on homeowners’ satisfaction with their builder, covering every stage in the homeowner-builder relationship from the signing of the Agreement of Purchase and Sale, through construction and the pre-delivery period, to after-sales service.