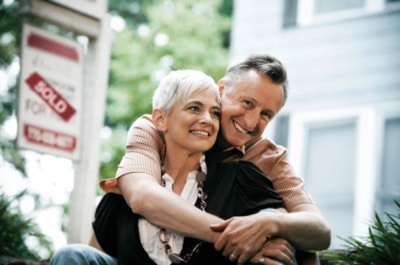 Selling in retirement can open tremendous opportunity, but proper planning is key.

With a two-decades-long real estate boom still underway throughout the better part of the country, Canadians are counting on a greater share of their nest egg to come from their homes.

This goes hand-in-hand with relatively stagnant wage growth & low interest rates over the same period. With more money tied up in real estate commitments & fewer ways to grow savings elsewhere, it has become a natural pension haven for many.

It’s easy to take the value of your home for granted when we’ve enjoyed such a sustained period of real estate prosperity; however, as with any investment, there are no guarantees. Though the local real estate markets are quite balanced and healthy, there are constantly larger factors at play, including the ever-burning question of when interest rates may rise. With that in mind, it is always important to be diligent in assessing your real estate’s value on a consistent basis; especially if you’re relying on that money to float you through your retirement. The last thing anyone wants is to wind up retiring only to lose any of the value in their nest egg.

Planet Realty represents a number of senior clients. Over the past 4 years, our team has handled hundreds of transactions involving senior sellers, looking to capitalize on the equity they’ve built in their homes. Whether they’re downsizing, relocating for family, or turning to a rental arrangement; they’ve relied heavily on our experience to guide them through a sale which tends to have a number of moving pieces.

The CBC has published a list of tips to consider when selling your home in retirement, and we feel that they are worthwhile and applicable for you consider if you intend to do the same. As always, we are glad to guide you through whichever stage of the lead-up to that sale you are at. Our team is here to help.

1. Don’t overestimate the value of your house

Though housing-market collapses might not be common, homeowners can’t expect real estate to rise 10 to 20 per cent indefinitely either, said Matthew Ardrey, a vice-president with T.E. Wealth in Toronto.

“Your house is only worth as much as somebody else is willing to pay for it,” he said. “That’s something to keep in mind.”

Ardrey says he is conservative when working with clients who are talking about downsizing.

“In my financial projections, I do nothing more than just grow their real estate by the rate of inflation,” he said.

Ardrey also warns people to shave 10 per cent off the expected selling price, because you will lose it to real-estate fees, land-transfer taxes, legal fees and moving costs, as well as unexpected costs. “The couch doesn’t fit in the new place,” he said.

2. Don’t underestimate the cost of a new home

A person selling a home in Toronto to move to rural Ontario might find themselves with $1 million extra in retirement. But the reality is that many people change addresses within the same real-estate market, which is much less lucrative.

​Yih said people downsizing in the same city often aren’t actually downsizing when it comes to money, especially when moving from a bigger, older home to a smaller, newer one.

New retirement communities often have homeowners’ association fees, which can actually make retirement more expensive than living in the old house, he said.

“They’re downsizing inside of Calgary and these new retirement places, they’re brand-new, they’ve got all the frills and they’re like, ‘Holy cow, we’ve got to spend an extra 50 grand to get into a smaller place.”‘

Yih said that if people want to live somewhere else in retirement they should start planning it years in advance.

“You go and you vacation there and you visit there every year to see if you actually like it,” he said. “And when you’re there, go look at real estate.”

People who take that kind of approach have the easiest transition into retirement, Yih said.

Tom Feigs, a money coach with Money Coaches Canada in Calgary, said he knows of people who have decided to keep their house as a rental property, sometimes without thinking it through.

He said looking after a property is a decision not to be taken lightly and warned against becoming an “accidental landlord.”

“You have to be able to stick with it for a period of time, and you have to be comfortable with that,” he said. “It’s a job and the job needs attention. So if you’re in a retirement lifestyle and you don’t want to have a job, perhaps real estate is something that you want to move away from.”

He also said any retirees running rental properties should have an exit strategy. “Know when to quit.”

5. Don’t put all your eggs in one basket

Feigs said focusing too much on the sale of your house is dangerous, and instead retirees should have a mix of cash and low-risk investments, as well as longer-term investments like real estate.

“It’s not a good idea to have real estate as the only card in your deck, because it’s not liquid,” he said. “It’s not easy to sell usually. It takes time, so you want to have some diversification.”

For the transcript of the full article, “Selling Your House In Retirement: What Not to Do”, click through to CBC’s site HERE.