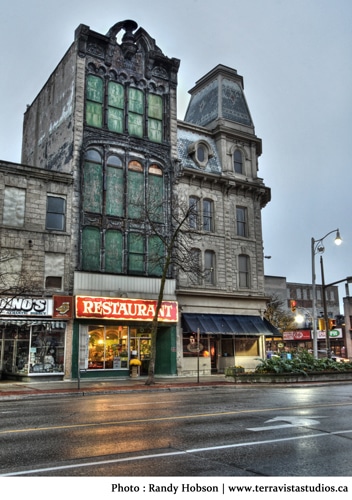 Located in the heart of Downtown Guelph, one of the city’s most successful businessmen, Alexander Bain Petrie erected the famous Petrie Building in 1882. The four-storey building’s ever-so distinguishable façade made of stamped galvanized iron is one of only 3 full sheet-metal façades ever erected prior to 1890. It’s really the last of its kind. Ever since the City of Guelph labeled it as a Heritage Landmark under Part IV of the Ontario Heritage Act in 1990, it had been patiently waiting for the right developer with a certain degree of both capital and expertise to restore the building without gutting out too much of the historical presence.

The Petrie Building was not only on the National Trust for Canada’s “top 10 endangered” list, but even amassed a “Save the Petrie Building” Facebook group with over 600 members, public support from exhibitions at the main library and the involvement of the Architectural Conservancy of Ontario. However, just last March, Tyrcathlen Partners agreed to purchase the Petrie building with the goal of rehabilitating it to its original condition and planning on bringing in tenants in as little as a year. Tyrcathlen Partners being Guelph developers with experience modernizing historical landmarks such as the Granary Building and the Boarding House Arts.

With development currently underway, Guelph resident and descendant of the Petrie family Alex Christie, is beginning to build a pair of scale models of the building using the Guelph Public Library’s 3D printer. Along with his efforts, Christie is preparing numerous findings regarding the many mysteries behind the Petrie building. His work is to be published in a 2017 museum exhibit about the history of A.B. Petrie just in time for the Petrie Building’s 135th anniversary. You may find more information about his ongoing work through the following link: http://www.petriehet.com/.

With all the pleasant news in the downtown Guelph community, residents from all over have been posting photos and stories regarding the Petrie Building during this remarkable transition. What may be considered to be one of the most profound revelations during exploration is that the building has some 20 foot ceilings on the third floor in relatively pristine condition. These being part of the inner sanctum of the International Order of Odd Fellows.

One of the Tyrcathlen Partners, Kirk Roberts noted the following upon first entry into the building’s fourth floor which is only accessible by a seemingly endless work ladder.

‘When I climbed the ladder and stuck my head up through the hole I was simply awestruck by what I saw. The single beam from my work light revealed, through dust and gloom, soaring twenty-foot ceilings and exposed stone and brick walls.’

Chris Tiessen, Manager of Marketing & Communications at the Guelph Chamber of Commerce recently published a great blog post on the ongoing transformation inside the upper floors. Click the below quote to read the article. All photos below have been sourced directly from Chris Tiessen’s blog. 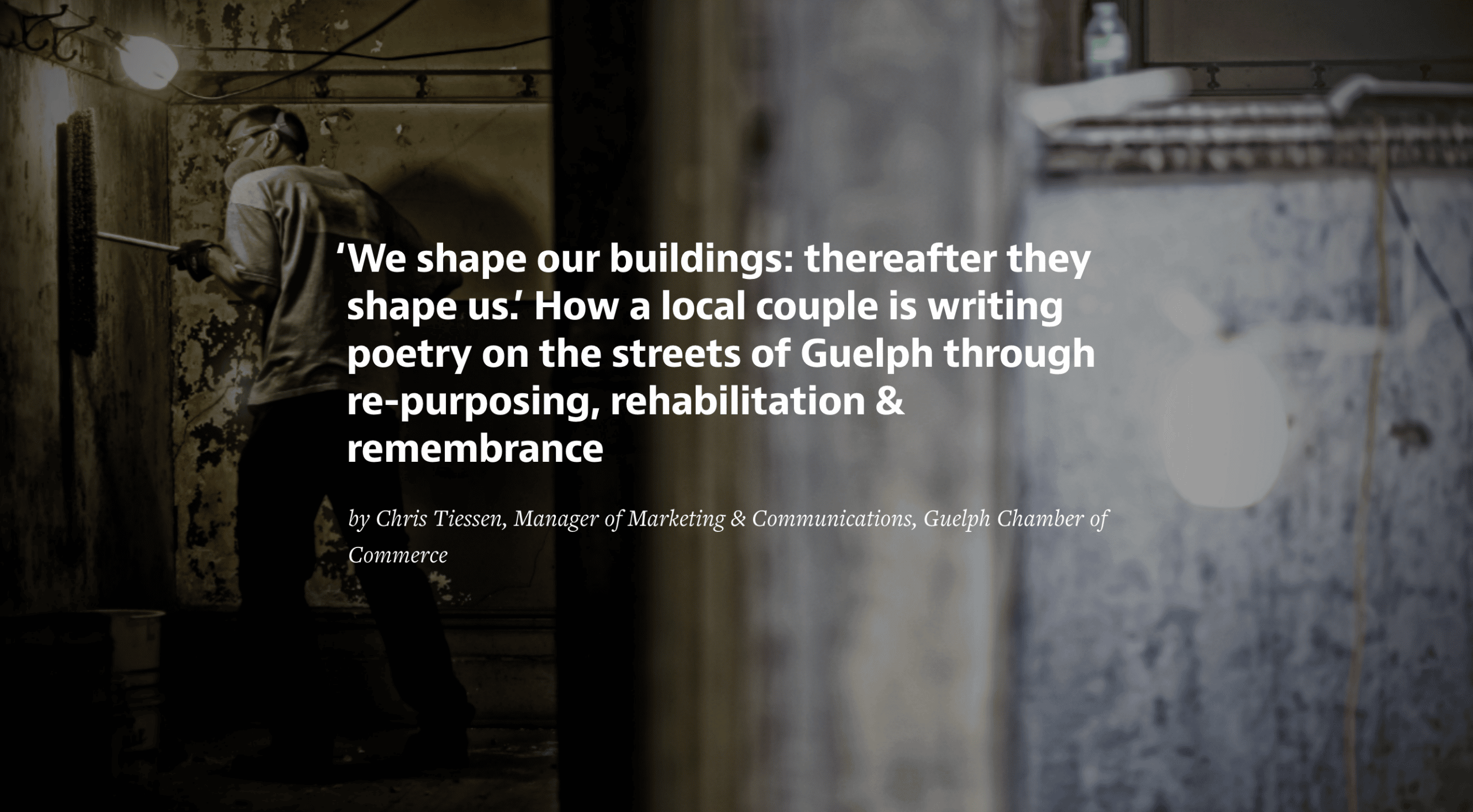 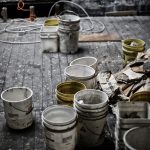 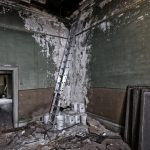 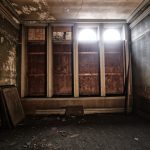 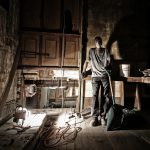 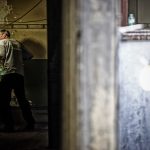 Details from the Petrie Building; Kirk Roberts getting his hands dirty somewhere on the second floor of the historic building