It took a while, but the classic NIMBY argument against affordable housing has finally been debunked.

In a new study from American-based Trulia, a real-estate aggregator & property search engine, they found that over time, price growth among areas in direct proximity to low-income housing grew almost exactly in line with prices further from low-income developments. 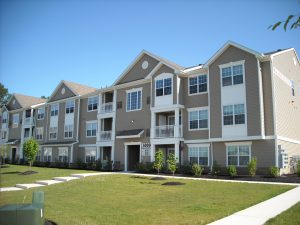 This data stands in stark contrast to the long-held opinion that building low-income housing, especially around affluent communities, would detrimentally impact the value of the surrounding properties. NIMBY-ism, or Not In My Backyard mentality, is a mindset where people believe in the merits of a vision or idea, but oppose it being done near them. It holds true with affordable housing; with many people agreeing that homelessness, hunger and the spillover effects are a problem for all. But, when it comes to building affordable housing, or increasing the housing supply with higher-density development, nearby residents tend to raise roadblocks wherever possible, and attribute their concerns to a wide array of reasons. This fundamental belief in a negative impact on resale values has inspired opposition to proposed affordable housing for decades, which has exacerbated the need for it in many corners of the North America, including here in Southwestern Ontario.

It would be reasonable to suggest that not enough care has been taken by either side of the affordable housing debate to actively determine spillover effects. That so much of this data is new, and that nothing was ever presented to substantiate claims on either side is somewhat surprising, given the decades-long impasse between social housing advocates and local residents. Perhaps this report begins to finally dissolve the barriers to affordable housing, although there is much more work to be done to change perceptions.

As Realtors, we have a responsibility to our clients to ensure a positive buying or selling experience, and provide professional advice and representation. But as real estate experts, we bear a social responsibility to protect and promote strong information in many areas of the real estate sphere. The truth: Affordable housing is in dire shortage, and it’s because of rigid opposition based on what we now understand to be false information. So the next time there’s a proposal in your area that helps families keep a roof over their heads, remember that it wont be affecting your investment before you take a stance.

“There Doesn’t Go the Neighborhood: Low-Income Housing Has No Impact on Nearby Home Values”

In the nation’s 20 least affordable housing markets, low-income housing built during a 10-year span shows no effect on nearby home values.

Some of the nation’s least affordable markets are also ground zero for the fight against building affordable housing – which opponents say, among other things, depreciates nearby home values. Resistance to affordable housing development has surfaced in tight housing markets across the country such as San Francisco, New York, and Seattle.

Given low inventory and high prices in these tight markets, we set out to uncover how much homeowners really have to fear.