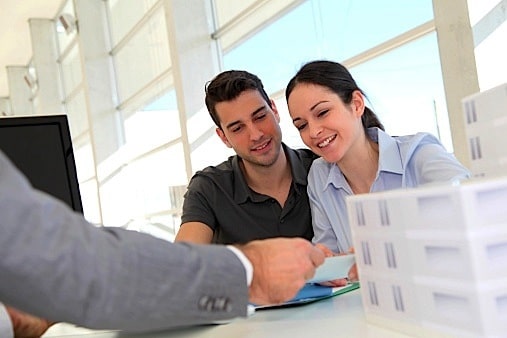 The millennial generation has taken its share of flack for being slower and more reluctant to purchase homes than their parents were at the same age. This lag has contributed to fears of a housing market slowdown, as an aging population may not be supplanted by equal numbers of younger buyers- particularly as the baby boomers approach & enter retirement and look to downsize from larger homes.

In the interim though, prices in most places around the country; and especially locally, are as high as they’ve ever been. This is likely the single biggest detriment to millennials’ home ownership aspirations, and it’s pushed a large number back home into their parents’ basements.

To say there’s a stigma associated with mature kids living at home would be an understatement, but what many older Canadians don’t realize is that it can be a large part of a successful entry into home ownership. And not only that, but it can significantly speed up the ownership process.

For example, if a recent graduate were to live at home for a period of 1 year, rent-free; instead of renting a $1,200/month apartment condo; in one year, they would save $14,400 – or the equivalent of a 5% down payment on a $300,000 property. That $300,000 budget would give the first-time buyer a healthy budget to shop with locally, and that’s before any added benefits of the new home buyer tax credit & the home buyers’ plan, should they have an established RRSP.

So let’s shed the stigma around moving home. And parents, if you want to sell your house for top dollar when you retire, help your kids get into the game. Otherwise, there’ll be nobody left hanging around to buy it.

Below is a brief, relevant Q & A from the Globe & Mail (March 28, 2016) between writer Rob Carrick & financial author Christine Romans on the needs of millennial buyers:

You say that moving back home is the single best economic decision that young people can make. What does this tell us about the challenges facing young adults?

It tells us the economics are all upside down for them. The big lever they have for their finances – the only lever they have after they get a degree – is moving home and keeping the rent down.

Millennials moving home got a lot of attention back in the recession, much of it negative. Six years later, is there a stigma attached to moving home?

I don’t think so, and there shouldn’t be. Because you’re smart if you move back home and you bank your income or use that money to pay down debt. It’s the smartest thing to do.

Is there an argument for moving home even if you’re working?

If your rent is more than 50 per cent of your income, you need to move home. I would like to see rent at 25 per cent of income.

You talk in your book about millennial “haves” and “have nots” based on the wealth of their parents. How big a factor is parental wealth in determining the financial success of millennials?

It’s more important than it should be. If parents can send a kid to college without student debt, that kid has a leg up. It’s a sad fact.

How important is it for parents to save for their children’s postsecondary education to cover at least part of their tuition costs?

I think parents should be saving and paying part of their kids’ tuition bills – it’s an investment in your child. There’s nothing wrong with having the kids pay some of it. It might be a way for them to learn some money management.

Once a young adult is working, should paying down student debt take precedence over retirement saving?

I say do both. Some people wrongly assume you can’t invest until after you’re done paying down your debts. Young people have a lot of time ahead of them. They should be practising investing.

What are the rules for parents on charging rent to kids moving home?

If you think your child is financially responsible, maybe they don’t have to pay you rent. Maybe you have them pay cable and Internet – what I call the technology bill. Or, you can have them put money aside in an account every month to go toward first and last month rent when they move out. Some families even do a little contract that says “you will contribute one meal a week, you will supply your own snacks and drinks.”

What’s your message to millennials about being supported by their parents?

Don’t ask your parents for money if they’re not saving for their own retirement. The children need to be aware of the sacrifices their parents are making. You want to avoid being an extra burden on your parents.

What’s your view on parents paying cellphone bills and other monthly costs for their adult children?

I don’t really have a problem with it as long as the kids appreciate it and it’s not putting parents in the poorhouse.

You say in your book that the cardinal rule of personal finance is to never sacrifice your own retirement to pay for things for your own children. Do you think parents are following that rule?

I know they’re not. Parents have been giving their kids more than they can afford for a long time.

We’ve talked about moving back in with your parents – what are the signs that it’s time to move out?

It’s time to move out if the arrangement is wearing on everyone’s nerves, or if the child doesn’t appreciate the sacrifice made by the parents. It’s also time to move out once the child has sprouted the wings to be able to do it. Once there are savings in the bank, and once they’re able to get an apartment. I say your target [for living at home] is two years.