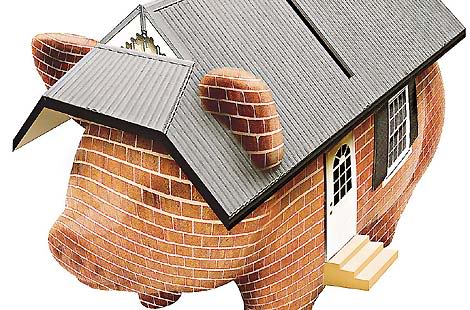 Real estate has proven a great long-term investment vehicle, and has grown much faster than anything in your piggy bank.

Have you ever considered real estate as part of your investment portfolio? Whether you buy as your personal residence or lease over for the long term, real estate has proven to be a solid investment. Let’s look at why.

In November 2014, the average house sold in Canada for $413,000, up 5.7 per cent from a year ago. Compare that to 2008 during the heat of the worldwide economic crisis. The average sale price of homes sold between August 2008 and March 2009, Canada-wide, fell 5.4 per cent to $289,916 from $306,347, according to the Teranet-National Bank House Price Index. By November 2009, the market had already recovered. Part of the reason for the quick rebound was massive government intervention. That said, in the following year or two prices headed back up with average sale prices doubling since 2002 and they are still on the rise. Should home prices decline by 25 per cent, real estate investors who have been in the market would still be considerably ahead of the game.

Canada appears to be among the nations experiencing the longest running real estate boom, according to Scotia Capital Economics. Canada was one of only three developed nations tracked by Scotia to continue to post gains. Interest rates have remained at unprecedented lows since 2008, providing more incentive for Canadians to jump into the housing market. Foreign investors, predominantly wealthy Chinese citizens, appear to buy Canadian property because we’re a safe haven in a turbulent global economy. A five-year fixed rate mortgage is roughly 3.19 per cent today, down from 5.7 per cent in late 2008.

If this doesn’t give you confidence in real estate, you can listen to Warren Buffett, famous investor and one of the richest people in the world, who lives in the same Omaha house he bought in 1958 for $31,500. In 2012 he said that if he could buy large numbers of single-family homes he would “load up on them, and I would take mortgages out at very, very low rates.”

What does that mean for real estate as an investment vehicle?

Real estate can be a great investment for those who want to generate regular income from commercial or residential tenants. In times of high inflation, real estate investing can create the biggest gains while traditional investments may falter. Often, property returns are very stable, growing by incremental amounts. Real estate investors/speculators try to identify when changes in value will occur to make the correct buy, hold or sell decision.

Real estate can include single-family homes, apartments, or commercial properties that you own and manage. There is a less direct manner, such as shares in a corporation that has large real estate holdings and its own property management. Also consider a company that originates mortgages, a homebuilder, or a listed corporation that owns real estate brokerages.

The simplest method is to purchase investment properties (either commercial or residential rental properties) and manage them yourself. In addition to your initial deposit, keep in mind you will have ongoing costs for maintenance, insurance and possible vacancies, plus interest, although you will also have tax deductions.

There is the short-term option of flipping houses by buying, renovating and selling to create a profit. Costs of skilled labour, materials, plus mortgage payments are added to your initial deposit. Your other option is the more traditional and longer-term “buy and hold” option where you make an investment in a property that you plan to stay invested in for the long-term.

Consider these points to determine if a real estate investment is for you:

Short of having another financial blip like 2008, Canada’s economy continues to chug along as one of the most stable in the world. Now might be the time to follow Mr. Buffet’s advice and invest before the Bank of Canada increases interest rates to temper inflation.