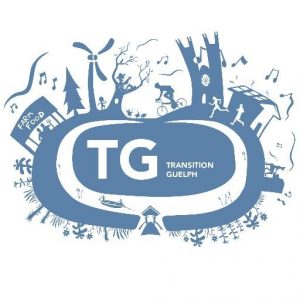 As far as innovative, forward-thinking, green communities go, Guelph has long been among the most well-known in Ontario. So, it’s no surprise that as we experience the rise of the sharing economy, that Guelph would be among the first to embrace and help build the concept.

And now, it looks as if Guelph Tool Library is just about ready to launch downtown as well. The concept is simple, for a flat-fee membership akin to a library card, you can borrow & use any of the array of tools & housewares that’re kept on-site downtown. This is especially great as the number of condominiums and apartments downtown continues to grow, leaving space at a premium.

For more details on the launch of Guelph Tool Library, read more below…

There aren’t many places where you can borrow everything from an apple press or propane-fuelled smoker or a flat head screwdriver and table saw.

The newl Guelph Tool Library held an official kick-off Saturday by holding an open house for the public at its 123 Woolwich St. location, better known as the Trafalgar Building.

A project of Transition Guelph, the library offers a wide variety of tools and cooking devices for members who pay $40 a year.

“Our guiding principal is to promote backyard food production in Guelph. But sometimes that means you need a router to build your chicken coop or a cement mixer … pretty much we have any tool,” says Susan Carey, one of the organizers of the library.

Carey, chair of Transition Guelph’s urban food working group, said the idea of a tool library started with the purchase of a cider press purchased with a city grant that was a post-harvest element of their Apple Seed program that picks excess fruit off people’s trees.

“I thought ‘how do we get the press out to people?’ and the tool library grew from there,” Carey said.

They have rototillers, table saws, huge pipe wrenches, circular saws, every screwdriver known to man, wheelbarrows, all kinds of hand saws and the list goes on and on and is growing weekly.

Many of the items at the tool library are donated, many come from estate sales, Carey said.

“We’ve got lots of little things that you don’t realize how handy they are until you need one. Like a huge pipe wrench that you might use once in your lifetime.

“It’s the economics of not having to buy things, but also if you don’t spend money on those things you can spend that money on something locally … it’s all about the local economy: still spending it money but spending it differently,” Carey said.

Many communities have tool libraries and the local effort has been learning from others.

“We don’t really know what the demand will be, but we’re not really worried about it because it’s not a project that fails,” Carey said.

“We’re just figuring out how to do it in this city.”

And, Carey said, if there was ever a city suited for this idea, it’s Guelph.

“I’ve talked to a lot of people about this and not one person has said ‘do you think that will work?’”

“There isn’t a person out there that doesn’t have a saw or a crock pot that isn’t collecting dust. I think once word gets out and people realize we’re serious, we’ll get a second round of donations.”

More information and a list of the tool library’s inventory, and contact information to make donations, can be found at https://guelphtoollibrary.myturn.com.

The site is in the process of being updated but should be finished by the time the library officially opens for lending in a month.