GUELPH — Home values in Guelph and surrounding communities in Dufferin and Wellington counties have increased by an average of 15 per cent since 2008, the chief assessor of the Municipal Property Assessment Corporation (MPAC) 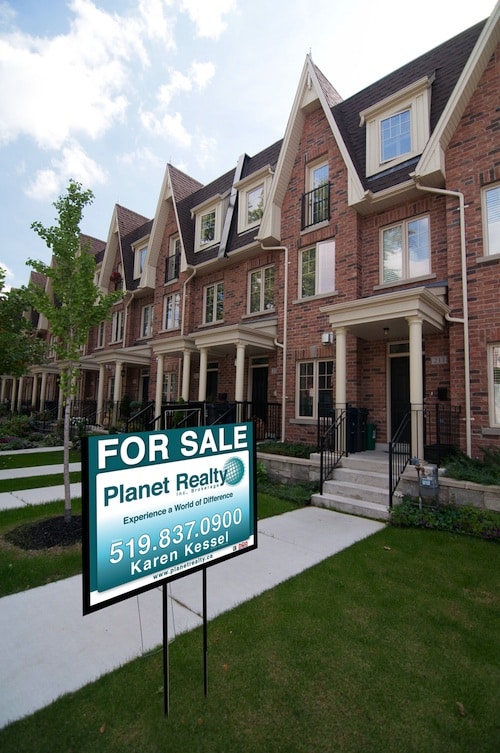 “We’re seeing overall approximately a 15 per cent rise in house prices, as measured by sale prices,” said Larry Hummel, “which is pretty close to the provincial average at 17 per cent.”

Many, but not all, homeowners in the city can expect to see a higher assessed value for their property in the fall, but that doesn’t necessarily translate into higher property taxes, said Hummel.

Agency data collected in the four years between Jan. 1, 2008 and Jan. 1, 2012 found that average home prices across Ontario increased by 17 per cent, with the steepest increases seen in communities with strong population and employment growth.

Hummel said a number of factors have contributed to higher home values in Guelph and area, including steady population growth, strong employment, and low interest rates.

“Homes are in demand through increases in population,” he said. “We are seeing an increase in population generally, but you also have to have jobs, and you need income. That creates the demand.”

Jeff Matteis, president of the Guelph and District Association of Realtors, said there has been a very strong resale residential market and new residential construction environment in the city for some time.

“The key influence over the last few years has been the low borrowing rates,” he said. “That has helped sustain a strong market locally for sales.”

A not-for-profit corporation, MPAC administers a province-wide property assessment system and provides municipalities with a number of services, including the preparation of annual assessment rolls, which are used by municipalities to calculate property taxes. Currently it assesses and classifies more than five million properties in Ontario. It does not establish property taxes, which is the responsibility of municipalities.

For the 2009-2012 tax years, assessments are based on home values as of Jan. 1, 2008. The next province-wide assessment update will be rolled out this fall.

Hummel said all of the various market and population variables are taken into consideration in making assessments. When a homeowner receives their notice in the fall the reasons behind the assessment will be included so that they will better understand why values have changed.

“It’s often a misconception that because you get a higher assessment you are going to get an increase in taxes,” he added. “That’s not always the case.”

He explained that the important factor is whether or not your home’s value has increased by more than the average increase of the entire community. In that case, a higher tax rate is generally applied, whereas if the value of your home declined relative to the rest of the community, you will get an assessment related tax decrease. Such a system ensures a more equitable sharing of the community’s tax burden, Hummel indicated.

The new assessments will be sent out from September through to November.

“With a low inventory of resale homes, 2012 has definitely been a sellers market,” Matteis added. “That has kept prices going in an upward direction. The first five months of the year saw consecutive year-over-year increases in sales on a monthly basis, but June was the first month where sales were actually lower than the same period last year.

It was the second best first half of any year on record,” Matteis added. Association data shows a total of 1,689 homes traded hands so far this year, which is nine per cent more than the first six months of 2011.