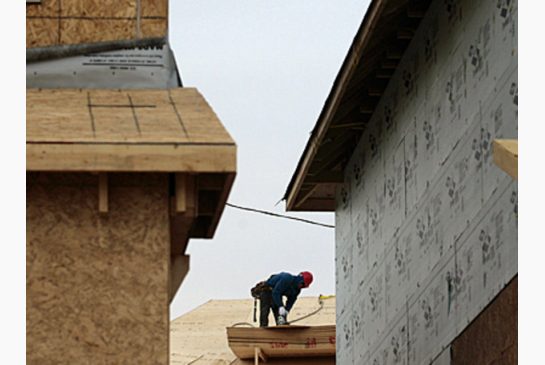 Burdened by the rising costs of maintaining a growing city and paying for infrastructure, Guelph City Council has given the go ahead to raise development charges on new homes, condos and apartments effective the beginning of March.

What this means is that prior to building any new homes or condo units, builders will have higher up-front fees to the City in order to get a building permit and get the project off the ground effectively raising the cost of each new home which will undoubtedly have a trickle down effect increasing the cost to new home/condo buyers.

Development charges are typically used by municipalities as a means of off-setting the infrastructure costs associated with development, the expansion of sub-divisions and intensification alike and the added burden of road maintenance, expanded demands on public transit and social services. This all comes with a hefty price tag and this money has to come from somewhere. As some would deem these charges as a “New Neighbour Tax”,the municipality feels the fairest way of assessing these added costs is to burden them onto the home building industry, which unfortunately becomes another tax on the future home owners and residents of Guelph.

For the full run-down of the increases, see the Mercury article below here:

City councillors on Monday voted 7-3 in favour of an updated development charges bylaw that raises residential rates by 12.5 per cent, likely increasing the cost of a newly built single-detached home by $3,000.

The development community balked at the increases when they were proposed last fall, but some councillors, including Lise Burcher, questioned whether the increases go far enough.

“In principle, we hear that growth doesn’t pay for itself. Why would we not max out (development charges) to cover the cost of development and servicing the community.”

“What we’re trying to do here is be reasonable,” city chief financial officer Al Horsman replied.

“We’re not maxing out, we’re putting something forward that’s consistent with the past,” Horsman said later.

The city has identified $547 million in “development charge-eligible capital infrastructure” such as new roads, parks, transit vehicles and city buildings, which must be paid for in part through the increased levies.

But councillors Cam Guthrie and Bob Bell contended the rates should remain split, and the industrial rate should be lowered to $6.54 per square foot, as it would have been if the city kept its previous formula for coming up with rates, to attract more manufacturing to the city.

“We haven’t found that the lower industrial rate has resulted in the number of inquiries that we had anticipated,” Peter Cartwright, the city’s general manger of economic development, replied.

Cartwright and Horsman also pointed out the changing nature of business means it’s difficult to discern the difference between a commercial development and an industrial one, leading to confusion with investors hoping their projects appear more industrial than commercial, in order to score the lower of the two rates.

“If it’s a balance between fairness and convenience, then fairness should win,” Bell said of the proposal to blend the commercial and industrial rates together.

A motion to keep the separate rate for industrial development, moved by Guthrie, failed with six votes against and four in favour.

Also included in the updated development charge bylaw is a continued exemption of new buildings constructed by the University of Guelph, and a new levy amounting to $64 on each new townhouse or single-detached home to help pay for Wellington-Dufferin-Guelph public health’s new headquarters.

Guelph chief administrative officer Ann Pappert also revealed to council that the cost incurred by the city to clean up after the Dec. 22 ice storm and January blizzards is somewhere between $500,000 and $750,000. But she stressed that figure doesn’t include the cost of restoring the city’s tree canopy, which was significantly diminished by the ice storm.