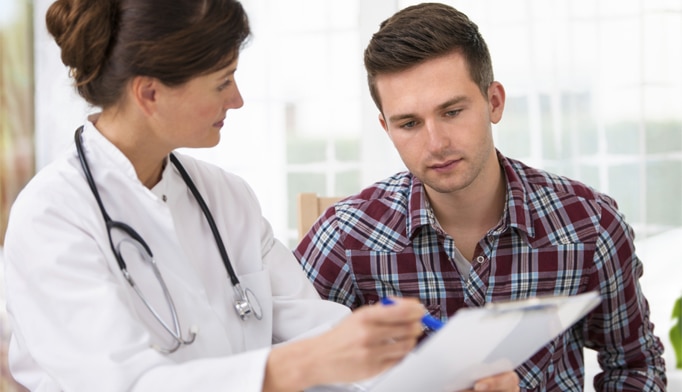 Check-ups. Nobody really likes them. Best case scenario- there’s nothing wrong. Worst case… Well, that depends what we’re talking about. If it’s your mechanic, maybe you’re going to need a new car. If it’s your doctor, you might… well, use your imagination.

But not all check-ups are bad. Introducing your 2018 Mortgage Rate Check-up.

Checking in on the latest mortgage rates can alert you to opportunities for savings, and help you better prep for the future. The worst-case scenario here? You come out better informed & up-to-date. Not so bad, compared to those alternatives.

2017 was a wild year in real estate- We witnessed some unprecedented market gains in Q1 & Q2; and some increased government intervention including foreign buyer taxes, stress testing & prime rate increases in the latter part of the year. A mix of highs and lows unlike any year in recent memory. Overall, mortgage rates did climb in 2017, in a joint attempt to both maintain inflation targets & cool the housing market, if only a little.

This year, it’s reasonable to expect continued rate increases stemming from the Bank of Canada. Doug Porter, chief economist with BMO Financial Group, just today projected that Canada could realistically see as many as 3 increases to the overnight rate in 2018- including 1 as soon as this month. Of course, all that depends on sustained economic growth over the year, job increases, the fate of NAFTA, and much more- but with so many factors at play, and so many implications on our personal finances- it’s important to stay on top of these things. It’s a tough year to predict, naturally, with so many unknowns south of the border & the government showing a willingness to tip the market scales to maintain their desired course.

It’s like going to the dentist, but I won’t try and guilt you into flossing more.

So where do we stand, what can we expect as far as rates today?

I should preface the discussion by stating that I’m a firm believer in the value of a mortgage broker. The advertised rates from major banks are regularly higher, often considerably, and the person you meet at the bank works for, you guessed it, the bank. On the contrary, a mortgage broker works for you, offers an array of different products, and is more candid about their rates & offerings- without having to fight them for it.

The Mortgage Centre KW, run by Richard Kitts, has been gracious enough to regularly lay out their offerings for our indulgence. The list below details the mortgage term & the current rate you could obtain for a new mortgage on that term, as of January 3, 2018:

Overall, these fixed rates represent roughly a half-point increase from their 2016 levels. They trended upwards throughout much of 2017, with a small reduction late in the year. These rates though, are generally very competitive in the marketplace, which I encourage you to research for your own benefit.

To my earlier point & strictly for context, getting to these rates with major banks is not just hassle, it can be downright impossible. Many major lenders prefer to offer additional banking services you may not need in order to offset their higher rates. “Convenience” over concessions.

While I don’t think the angle resonates with today’s consumer, many banks require you to reach out to them in order to uncover their real rates & rate specials. Here is the rate chart from CIBC’s website. Who knows what their actual rates are? You’re left to fill in the blanks on your own.

Or, they might make you jump through hoops, and then search for them, like RBC. (The survey is mandatory, in case you were wondering.)

The point of the post in’t to sell you on the value of a mortgage broker, although it’s hard not to end up there whenever the discussion turns to mortgages and rates. The idea I’m hoping you take away from all of this, is that when you’re running mortgage calculations at home as you peruse the MLS, you can use real rates to determine what you can really afford and what you feel comfortable spending. And while you can only qualify for a mortgage amount determined by the 4.99% qualifying rate- most people, myself included, have a discrepancy between the maximum amount we qualify for & the amount we’re actually comfortable shelling out for a mortgage every month.

I’d encourage you to regularly speak with a Realtor or mortgage broker to keep your finger on the pulse of the market, and understand how projected changes in the market can impact your current situation.

In summary, we wanted to get you a rundown on current market rates, without putting you through the ringer to get your hands on them. Hopefully then, these rates are the ones you’ll be calculating for, planning with, and ultimately paying, if you’re smart. Which I know you are, because you took the time to read this.